The Big Red Button of Life

How could I help myself?  It’s round, and red, and says, ‘Do Not Push on Pain of Parenthood’.  But once you push it, you can’t go back on it.  You’ve created something that you can’t stop and you can’t control.  That’s a pretty powerful force.

They will grow up, fall in love, get their hearts broken, fall in love again, go to college, get jobs, get married, and probably push that big red button themselves.

There will be so many other things about their lives that I can’t control, such as who they like, who they hang out with, and what they hear and see when they aren’t with me.  Sometimes even when they are with me.

It’s best that I accept this indomitable force right now instead of wondering, later on down the road, just how it all happened.

So good luck, kids.  You’re going to need it, especially if you ever push that big red button. 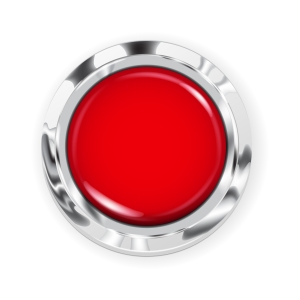 “Are you sick?  Cause you look pale.”

Oh, how many times I’ve heard this.  It was much more prevalent in school, when kids have no problems pointing out what they perceive to be someone’s flaws.  But even as an adult, in “professional” work environments, I’ve had full-grown adults comment about the color of my skin and tell me I need to get in the tanning bed.  I understand that tanning has certainly had its hey-day of popularity, and a long one at that, but I’ve never been one to follow the trend.

Here we are at the end of summer, when everyone takes their beach-burnished bodies back to work and brags about their vacations.  I, meanwhile, am looking forward to winter when I’m on slightly more even ground skin tone-wise.

Yes, you can see my veins, but people in the medical field certainly appreciate it.

No, that’s not a white shirt under my cable knit sweater.  That’s my skin.

Yes, natural lighting is about as intense as it needs to get. 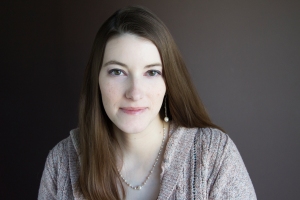 Yes, my skin looks the same in color as it does in black and white. 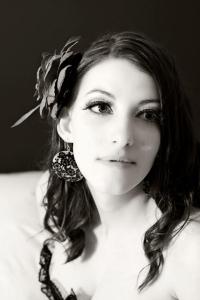 And even though there are a lot of really snappy things I could say to people who criticize my color, I usually just smile and say thank you. 🙂

The Tragedy of the Working Mother

You’ve been there, haven’t you?  You’re rushing home from working late, hoping to squeeze in a little quality time with the kids somewhere between a thrown-together dinner and a high-speed bath before bedtime.  Your best friend calls.  “Oh, by the way, [insert name of stay-at-home mom here] says that her little girl is already counting to 50!  And she’s potty trained!  It’s a good thing she gets to spend so much time with her.”

It’s like someone just handed you a guilt trip right through the phone.

As a mom, I’ve really tried to deal with my guilt.  I always felt like it would really be best for the kids if I stayed home, but I couldn’t afford it.  I’ve slogged through life with my kids in one hand and my guilt in the other, and needed several more hands for cooking, cleaning, grocery shopping, and maybe stealing a little time to read.  Or, heaven forbid, sleep.

For awhile I lived as a single mother.  I worked late many nights, and by the time I got the kids picked up and back home there just wasn’t enough time for everything.  I didn’t teach my babies sign language.  They never went to pre-K because the schedule didn’t jive with my work hours.  Violet absolutely refused to get a head start on numbers or letters before school started.

My youngest just started kindergarten, which is what got me thinking about all this, about all those other mothers who stayed home with their kids and gave them such an advantage over my poor children.  Claire is the youngest of three, which means she has always just been part of the chaos of a big family instead of a brilliant youngster with a dedicated mother.  Would she be behind?  Would she suffer?

Then I got her test results from the beginning of the year.

You see those blue dots?  Those blue dots are my child.  MY child, who’s pre-school education mostly included a lot of Mickey Mouse Clubhouse while I was getting ready in the morning.

The Life and Times of Bunny Blanky

Without bothering to do any research on it, I would say the majority of us grow up with some kind of security item.  I had a blanket that my great aunt made me, and I used it until there were big, gaping holes in the poor thing.  Linus from Peanuts said he would turn his blanket into a sport coat when he got older so he never had to give it up.  “Comfort objects” are mentioned in The Giver.  My oldest daughter absolutely adored her pacifier, which was incredibly difficult to get her to give up.  My youngest daughter, however, has Bunny Blanky.

While I was pregnant with my first daughter I cross-stitched a baby blanket, with a cute picture of a bunny in pj’s sitting on the moon.  She liked it, but the only thing she was really, truly attached to was that dang pacifier (thank you, hospital staff, for not asking me if it was okay to give this addictive drug to my child).  I made another cross-stitched baby blanket when I was pregnant with Claire, but this time with a scene from Peter Rabbit. 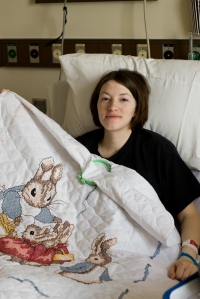 Ignore how awful I look. I’d just had a C-section.  Claire came a couple weeks early so I was still working on Bunny while in the hospital.

Claire was not a very happy baby, but from the very beginning there was something special to her about this blanket.  She spit out pacifiers like they were poison, but as she got into her toddler years her bond with Bunny Blanky only grew stronger.

I had to have some rules about this, though.  It sounds mean, right?  To tell your child she can’t take her most precious item to the pool?  Or to the grocery store?  Well, do you have any idea how long it took me to make all those stitches?  Bunny Blanky is pretty much irreplaceable.  Besides, it would make an odd looking business suit at her first job interview. 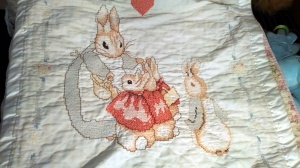 Bunny Blanky isn’t as young as he used to be.

Claire is 5 now, and just started kindergarten.  She is used to the rule about not taking Bunny anywhere with her, but as soon as she gets off the bus she wraps her arms around him and tells him how much she missed him.  She even made him a Valentine’s card this year.  Bunny has been washed many times (often when Claire isn’t at home, because according to her he takes f o r e v e r to get clean).  When a thread works loose, Claire is devastated until I fix it.  She knows she has to get rid of her clothes when they don’t fit her anymore, and has asked me countless times if she’ll have to get rid of Bunny since her little feet stick out from under the bottom edge now.  (I always tell her no.)

Am I concerned?  Well, no.  I still have the cow pillow my mom made me when I was little, and the teddy bear Santa gave me in 1st grade, but the cow lives on a shelf in my closet and Fudge Bear has made his way to the room my daughters share.  Claire will only give up Bunny when she’s good and ready, and it’s nice to know that she feels the love I put in all those stitches.