Where do you find your inspiration for your stories?

I find inspiration in other stories, across all media. I used to write fanfiction as my start and AUs (alternate universes) were a big thing. What if the Avengers all lived in an apartment complex together, and all of their issues played out there? I watch movies and wonder what would have happened if Rose had scooched over and let the boy get on the door. I may not write that story, but it will spark another idea, perhaps about a couple abandoning a space shuttle but the escape pods are only meant for one of them.

I get ideas from books, like Megan Whalen Turner or Dianna Wynn Jones and Neil Gaiman. Stories spark more stories. 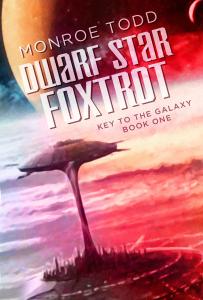 Tell me more about the book you have planned for release next year.

Which one? I actively go between two or five stories to work on. Does this take me longer to finish a book? Yes, yes, it does. Is this multitasking style the best way to write a book? Probably not, but it’s what I do, and I haven’t been able to break myself of the habit.

Out of all the ones I’m working on, I want The Howling Waste (working title) to be the one published in 2018 – of course I would love to get them all out and done this year too!

Topher walked into the study and collapsed into one of the overstuffed chairs. He clutched at his shirt and forced himself to take deep, even breaths.

“Elmore, come out of that bowl and stand like a man,” he said.

The toad croaked and hopped up on its hind legs, its forelegs on the glass. With a powerful leap, he cleared the rim of the glass bowl. At the arc of his jump, his limbs stretched like puddy and his torso broadened and his head grew like child’s balloon all at once.

The toad stood upright as a man, in form and mostly manner. He still possessed a hint of green to his clammy skin, and a wide gaze. It was rather difficult to tell whether the toad was a man or the man was a toad. Elmore Clark cleared his throat as was his habit and shook his head, as if clearing water from his ears.

“Better than sounding like a suspect and having him seriously question me,” Topher said. “Houghton, get in here!” he shouted again.

“Are you sure he’s gone?” Jessop Houghton asked. The dark young man slipped into the room, glancing around as if he expected the inspector to descend from the ceiling and seize them all.

“I put the wards back in place,” Topher said. “We’ll have a fair warning if he arrives.”

“I don’t know if my nerves could take that,” Houghton said.

“Your nerves? I’m the one who had to distract him long enough for you two to put everything away. He knows my bloody name now!”

Houghton winced. He sat on the edge of a chair then was immediately up again. “Do you really think they can smell lies?”

“Taste, hear, smell, whichever. Do you really think I wanted to test him?”

“I think,” Clark said in a reedy voice, “We need a plan for when he does come back, and the good mistress still isn’t back. Lady Reginald has left us in an awkward position.”

Clark made a derisive noise. Houghton looked to Topher for reassurance, but Topher dropped his gaze.

“How could you think that?” Houghton asked. “She wouldn’t simply abandon us.”

“Perhaps not,” Topher said. “But perhaps she can’t come back now.”

“Of course. She would only be gone so long if something were wrong. We have to help her.”

Houghton nodded and paced the room. Topher watched him and Elmore from where he lounged in the chair, one leg thrown over the arm. He’d only sit like that if he were certain Lady Reginald was very far away, and not near enough to box his ears. Still, he glanced over his shoulder from force of habit.

What do you do when you aren’t writing?

Recently, I’ve been binge-watching Miss Fisher’s Murder Mysteries and Doc Martin on Netflix. Or trying to. The episodes are very long, but I love it so it’s fine. I am also spending a lot more time planning using traveler’s notebooks. If you don’t know what those are, look up Chic Sparrow or Ali Brown on Youtube.

The Thief by Megan Whalen Turner. I have to say this not just because I adore that book and Gen, but also because after I read that book, I determined that I would be an author.

Where’s your favorite place to write?  What’s your writing process like?

I prefer writing at home, in my bedroom, at my desk or on my bed with the door closed and earphones in. however, my personal laptop does not function properly, and my writing process now is using my computer at work in between customers and hovering bosses. So that’s lovely. 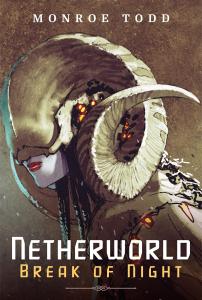 Physical paper in hand books, please. I will read e-books on my phone or tablet but I don’t own an e-reader.

How long have you been writing?

I’m not sure, what year is it? Eight years, I think. I didn’t start writing stories outside of school until 2010. Yes, the match checks out.

Do you have any other books in the works?

Yes, about twenty. No, I’m working on twenty at the same time, but when I get one idea, that usually sparks three more. They’re all fantasy and sci-fi. One book is a short of fantasy retellings, then there’s the YA space opera series, a series of epic fantasy loosely based off of Rumpelstiltskin – and I mean, very loose — another series is a weird western with angels, dragons, shapeshifters, and a witch. Oh, and the Greek inspired portal fantasy. I told you, stories spark stories.

Where can we find your book?

It’s not ready yet! But once it is, you can find it exclusively on Amazon in e-book or paperback. Maybe audiobook too, down the line.