Book Review: Bridge of the Gods by C.J. Rose

Hey, everyone!  I hope your new year is going great!  As usual, I’ve been using this time to get some things back on track, and I’ve dropped the ball on my blog over the last several months.  So, to kick things off, let’s get back to book reviews! 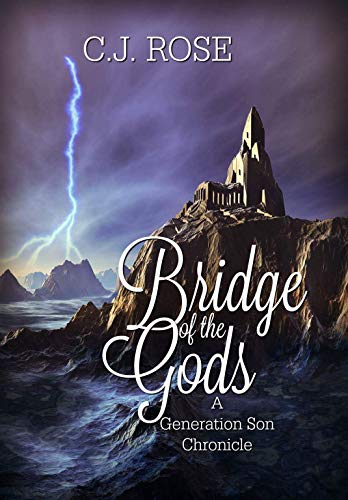 Note: I am a participant in the Amazon Services LLC Associates Program, an affiliate advertising program designed to provide a means for me to earn fees by linking to Amazon.com and affiliated sites.  I will always give you my honest opinion on something before linking to it.

I recently finished Bridge of the Gods by C.J. Rose.  This book was sent to me for free in exchange for an honest review.  Here’s the synopsis from Amazon:

Move over Percy Jackson; Luthor McAlester is here. Bridge of the Gods, the first book in the Generation Chronicles series, follows Luthor McAlester, a teenage boy living in San Diego, California. His father, dying when he was a child, left him to become man of the house, to care for his mother and younger sister. On his 18th birthday he discovers a power that has been held dormant until now; unsure what to do with it in the absence of his father’s guidance. His best friend Gwen, who claims to be oblivious, knows more than she is telling. With just the help of his best friend, can Luthor figure out how to use his power and help the Gods like they ask? Or will the lack of guidance from his father prove to be more than Luthor can handle?

What I Loved:  I’m always up for a coming-of-age story that holds some magic in it.  My favorite books are those that take real-world people and inject something different and extraordinary in their lives.  The idea of a boy who finds out he’s descended from the gods definitely fits that bill.

What I Didn’t Love So Much:  Unfortunately, I really didn’t enjoy this book much at all.  While the author definitely strove to jump into the action, I wish we could have had more of an established normal before things started.  And on the other side of that, even though the main character was seeing a change in his life right away, I was pretty bored by most of the book.  There was a lot of waiting, thinking about things, and reading.

Much of the wording seemed too stiff and formal for teens, and yet at other times it was far too lax.  I would’ve liked to see more consistency with this, though that’s not one of the main issues.

Bridge of the Gods really needs more editing.  Quotations around dialog were misused, there were missing words, and the tense wasn’t consistent throughout the story.  This makes it very difficult to get absorbed into the story.

This book is very similar to Percy Jackson.  While I understand that popular books often inspire authors, I felt it was a little too similar on some aspects.  I also feel that this book would be a lot more enjoyable if I had all this mythology memorized.  It was too hard to keep track of the characters, and even though some of the mythology was inserted here and there to help with the backstory, it was difficult to follow.

Rating:  Guys, I seriously don’t like to leave a bad review for anyone.  It breaks my heart as a fellow author, and I feel bad, but I just didn’t enjoy this book at all.  I had to force myself to read it to the end, because I didn’t feel it was fair to write a review without doing so.  It could be something incredible with a lot of development, but it’s just not there for me right now.

Tagged as book review, bridge of the gods, c.j. rose

One response to “Book Review: Bridge of the Gods by C.J. Rose”