But no one saw the darkness and pain that she was quietly slipping into, like it was her safe haven, like it was where she really belonged.

Her nickname was Sunshine. It wasn’t an insult but what they thought she should be, instead of a mere human whose existence will cease to exist someday. The irony.

No one knew what she was hiding until that night. I heard crying, and I followed it to the back of the bar.  Who will be here this late at night? I asked myself, and that’s when I saw her. Her strawberry-blonde hair covered her face, but I knew it was her. Then she looked up and my breathing hitched. Never have I seen eyes as red rimmed as hers, and it struck something in me. I wanted to help her, comfort her, be the reason to bring that smile in her face again.

But, the next morning, she was all smiles again. I remembered her helping an old lady to use the computer, and a whole lot of other people after that. A sweet child, they said. She’s full of happiness, they said. Such an amazing soul, they said. They judged too quickly. Just like I did.

But for the first time, I saw the secrets and pain that were hidden deep in her eyes. I thought she was okay, but I’ve never been more wrong.

Until Summer and Sunshine was just a name, not the overly-kind strawberry blonde girl who seemed to live by her name. 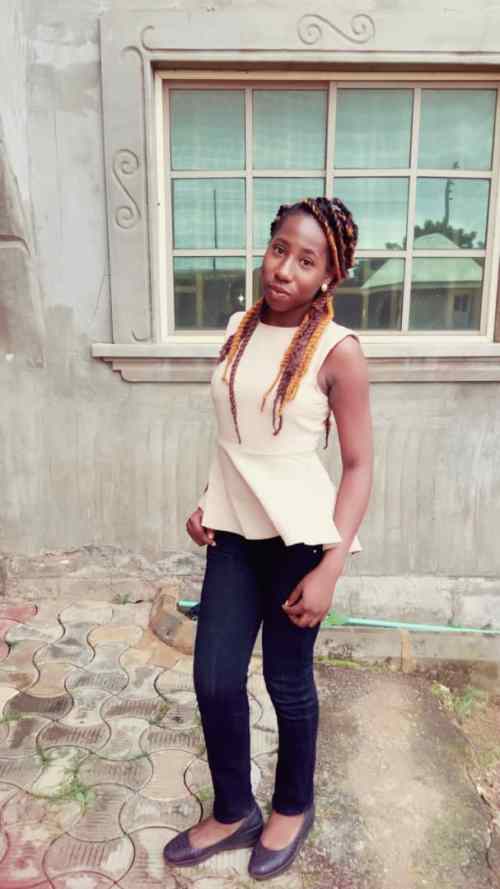 Sharon Chidra Jonah is a teenage African girl from the Eastern part of Nigeria. Though she isn’t a published author yet, Sharon has always taken a liking to blogging and writing. At a very young age, she began to write and decided to start her own blog where she writes all her thoughts.  Sharon is working on her very first novel, which is currently on the web. Sharon loves reading, writing, and listening to music, and one day she hopes to build something bigger with what she loves doing. You can see more of Sharon Chidra Jonah’s work on Wattpad with the name “Dark Blood.” You can check out her blog www.geekysharon.blogspot.com, where she blogs about anything and  everything.

One response to “Guest Fiction: Summer and Sunshine by Sharon Chidra Jonah”